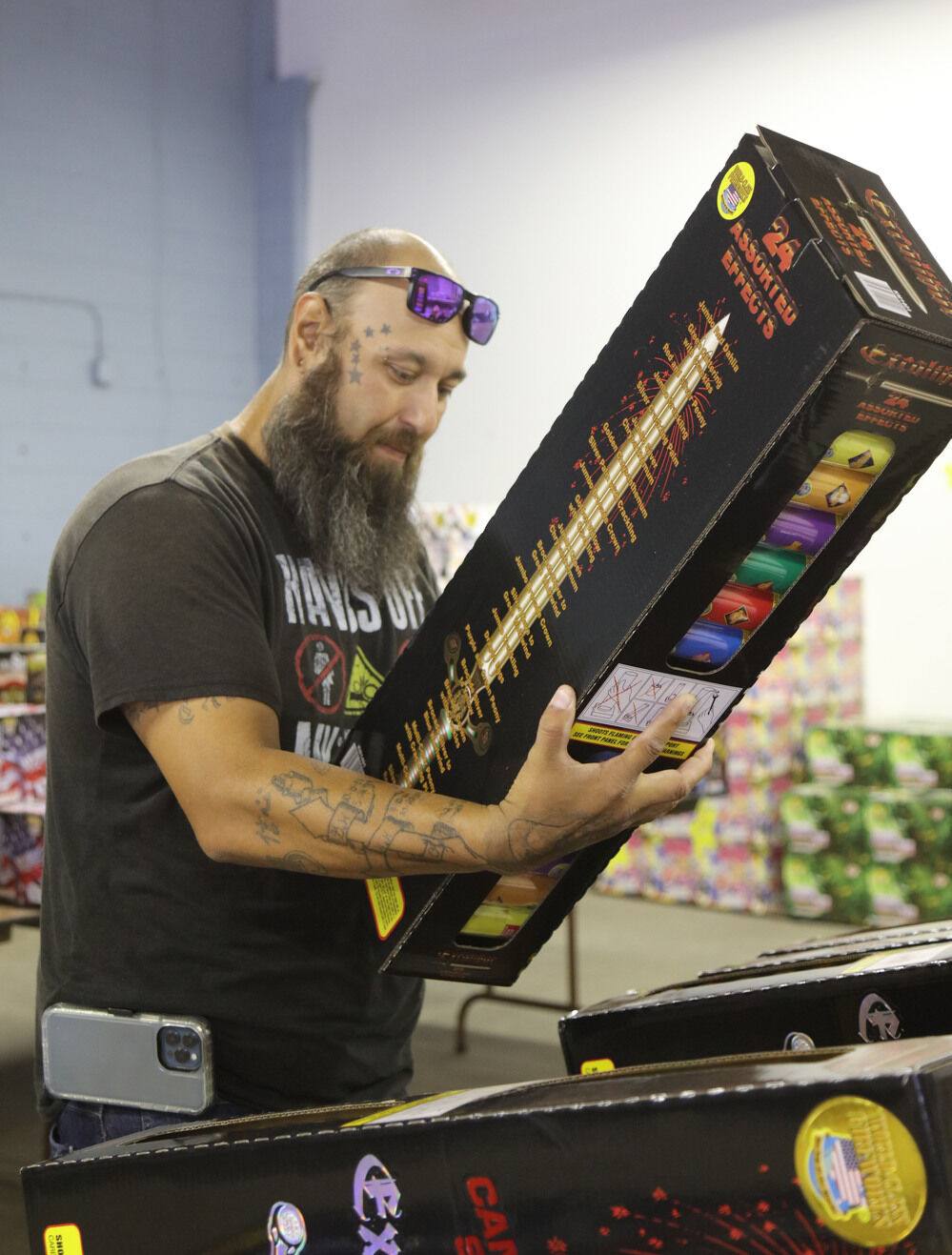 Juan Ramirez of Scottsbluff walks the aisles of Fireworks Unlimited. He said he enjoys helping sellers by buying local.

Nebraska vendors have June 25 through July 4 to sell their Independence Day fireworks. Scottsbluff suppliers are counting on everything from customer confidence to favorable weather conditions to get through this critical selling period.

“(Customers) know they only have those 10 days, so they load up and celebrate however they want,” said Greg Trautman.

Volunteer Rachel Lang organizes displays at the Community Christian School Fireworks Truck. Lang was one of the many volunteers in the community.

Trautman is a co-owner of Fireworks Unlimited, with four locations in the region. He said having multiple weekends to sell fireworks has resulted in increased foot traffic to all of his stores.

“The first three days were definitely an increase over previous years, and we’ve been doing it for 20 years,” Trautman said.

The recent rain was another plus, as customers would be more likely to purchase fireworks with a lower risk of starting a bushfire, he said.

Another way to attract customers is to use connections. Many of his wife’s fellow teachers work at Fireworks Unlimited, and their students bring their parents to see them.

Run by parent volunteers, the booth sells fireworks from a freight truck to benefit scholarships for the Community Christian School.

The school runs other fundraisers, “but that’s the main one,” volunteer Rachel Jording said.